I sometimes hear people talk about how the online movement known as GamerGate has long since run its course, but these claims always confuse me. While I’ve been focusing more on my own projects as of late, I still hear about GamerGate happenings on occasion through the grapevine, and the group would seem to still be fairly active. The latest thing I heard from them was that the creator of a type of VR headsets was getting a several hit pieces written on him because he was dating a Vivian James cosplayer. 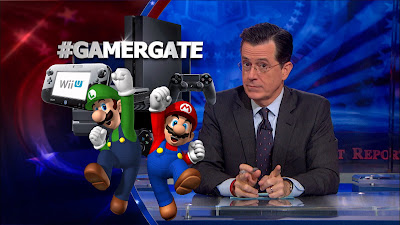 So while GamerGate is far from the chaotic fun house that it was in August of 2014, it’s still alive and kicking. KotakuInAction posts still get hundreds, sometimes thousands of upvoats, and posting to Twitter about GamerGate is still a great way of acquiring a large base of followers who RT much of what one says. So long as Twitter users continue to include the #GamerGate hashtag in their tweets, then GamerGate will continue to live on.

I would even go as far as to say that GamerGate will never die, that it will live on as long as Twitter and Reddit continue to exist. And there is a very specific reason why the group will continue on forever, which I will get to a little later. But first I must explain how we came to the current situation in regards to GamerGate.

The first step was to brand anyone who dared discuss the GamerGate controversy in anything beyond mockery as a GamerGator; these ‘Gators’ were then banned from most popular video game discussion platforms. It wasn’t just those who wished to destroy all the gaming blogs and blacklist the SJWs from the industry who were forbidden from posting; even the most vanilla of moderate voices was also cast out. Just look at when Boogie2988 got banned from NeoGaf, when all he really wanted was for everyone to get along with each other again.

The second step was to outgroup those who actually wanted to start a revolution, those who wanted all the corrupt gaming sites out of business, those who wanted an industry-wide practice of refusing to hire SJWs. This was done by tightening the rules for discussion communities on Reddit and 8chan, branding all discussion communities that didn’t follow suit as Not GG™, and making lists of supposed Bad Actors who are to be shunned as Turncoats. This left the True GamerGate Movement™ with only those moderate and neutral observers who had the GG label unwillingly thrust upon them and people who were just in it for the fake internet points.

The third and final step is to force the GamerGate label on any dissenters within the larger gaming community, like when Beamdog blamed GG for “launching a negative review campaign” against Siege of Dragonspear. That way, a gaming company can censor any harsh criticism of their product simply by branding their angry customers as “GamerGate Harassers.” This has the effect of discouraging users from criticising their false narratives, or else they will be forever branded as GamerGators, with all the negative baggage that comes with that label.

The narrative among SJWs is that GamerGate is a harassment group, a new name for one that has always existed since the dawn of gaming, the last dying screeches from the “Traditional Gamer.” There is no way of convincing SJWs otherwise, short of GamerGate discussion platforms censoring all criticism directed at anyone who is not a straight white male, no matter how minor. The only option is to continue mocking and ridiculing SJWs until everyone else can no longer take their rhetoric seriously.

Beyond that, however, the general public will still be shy about being lumped in with GamerGate. We just wanted to play video games, so how can we expect anyone else to feel otherwise? No one wants to shunned from their current gaming communities just to join some stupid “movement.”

Next month, when Watch_Dogs 2 comes out, I’m predicting that criticism against the game will be labeled as GamerGate racism. Anyone who does not like the game will have the GamerGate label thrust upon them and thrown out of their discussion communities. This will be used not only to censor criticism of their game, but also to drive sales of the game from people who follow SJWs.

So you can see why GamerGate will go on forever and ever, like an autistic phoenix that’s reborn every other week. The label is too useful as a deterrent from certain behaviors that video game publishers do not want their customers engaging in. And so long as Twitter lives on, GamerGate will continue to be the whip the gaming industry uses to keep Gamers in line.
Posted by Dan Wolfgang at 6:27 PM